"Bitch You Wasn't With Me When I Was Shooting in the Gym?": Vanessa and Kobe Divorce

Celebrity divorces. They are widely discussed and often times VERY expensive. Everyone takes note of them, even rappers. Due to the high monetary reward that Vanessa Bryant will receive via her divorce from Kobe Bryant, the infamous line of Drake's in Rick Ross featuring Drake and French Montana "Stay Scheming" has been made popular.

"Bitch you wasn't with me when I was shooting in the gym."

So many men have been quoting, and re-quoting, and tweaking this quote showing their disdain for the large lump sum that Vanessa will receive. However...I think this quote makes little to no sense.

A. In Kobe's case, he married an under aged girl so he could continue his relationship with her WITHOUT a prenup. Clearly this meant she could divorce him at just about anytime and if she had a good enough lawyer could straight rape his pocket.

B. As a professional athlete or young celebrity male...why the hell would you get married at such a young age?! You KNOW you want to reap all the luxury of your fame and screw random heauxes. Come on...no one said you HAVE to get married at a certain age. After all, men don't have a biological clock.

C. A lot of these girls these athletes wife didn't come from shit. Not a pot to piss in or a window to throw it out of. No offense, but any girl who didn't come from shit would be an IDIOT to not take the chance of a lifetime to get wifed up by a wealthy man of any kind. Personally, fidelity is more important to me, but then again I didn't come from a background where I needed a "way out" or where one of the only ways out was through using a man as a come up.

2. She Kinda WAS With You When You Were Shooting in the Gym:

Not only was she there when you were shooting in the gym, she was there when you RAPED a girl, cheated on her NUMEROUS times, probably brought back a few STD's, and hatched kids for you. Not to mentioned she was there for all the public embarrassment that comes about when groupies busted you out. Oh, so now she is supposed to choose to be so much bigger of a person that she DOESN'T want revenge? She should want to move on and take a measely 2gs a month? Normal women want financial revenge in regular divorces...it's really not heinous that she would want to leave him and drop and atomic bomb on his bank account because of his actions. Think of it as a fine. A fine for fucking up and being retarded. Or was she supposed to stay with him because not being a doormat means she's a gold digger? She sounds like a down ass bitch to me. Sounds like she deserves a great settlement.

So this whole line is idiotic to me. Everyone needs to stop crying "whoa is Kobe," like he got unexpectedly gang raped in an alley by a pack of thugs while doing community service. Kobe you did it to yourself. Drake you are probably doing this to yourself as you run around town wifing strippers then crying about them for a whole album. Rick Ross, as a man who likes to talk about tricking on these heauxes in every third song, it can only be assumed you are doing this to yourself as well.

If men don't want to get that atomic bomb dropped on that bank account they either need to keep their "jr's" in their pants, not get married, marry women on their level, or have an iron clad prenup (minus the infidelity clause) and marry a woman dumb enough to accept that whack kind of prenup. Men need to take some responsibility for their actions. If you want to play the game, make sure you don't play with a woman who can play it better than you. At the end of the day, Kobe may be a great basketball player but as far as playing this game called "life"....he's a fuck up.
Read more
Posted by T$ at 8:01 PM 3 comments 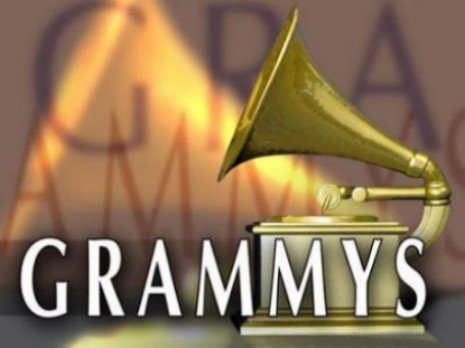 8:01PM--- they can miss me with this opening performance.
8:06PM--- while this praryer for Whitney is touching LL...you still look like a little penis in a tuxedo with that hat on...
8:10PM--- love how Bruno Mars said "get off your rich asses"...LMAO...too real
8:22PM--- Alicia you better sing with your husband stealing ass!!!
8:25PM--- Adele is killin ok...killin...period.point.blank
8:27PM--- Are they gonna pan to Rihanna? Bc she clearly will be trying to hold in the fact they are still in love
8:42PM--- Mics going off in the middle of performances? Real BETish
9:12PM--- Men wearing sunglasses inside is real country and ghetto to me
9:01PM--- Rihanna is sexy...I mean I'm straight but I have a girl crush on her...she's a bad bitch
9:18PM--- Ryan Secreast as a vagina...I don't care what you all say...and it's shaved.
9:20PM--- Adam Levine...meet me in my office...you can close the door and blinds ;-)
9:23PM--- Its amazing how these old ass men (The Beach Boys) STILL sound the same...guess that's before autotune when you could fake that you could sing....
9:33PM--- Love Stevie Wonder with every ounce in me that loves music...but when is someone gonna let him know that his dreads start at the crown of his head?
9:39PM--- Did someone pull a "janet" and show their titty last Grammy's because this years is chalked full of old folks performing like this is a "safe" Super Bowl half time performance.
9:40PM--- Chris Brown won! Yall better stop acting like the only thing he beat on Ri Ri was her face...you saw that leaked peen picture right? *sips wine*
9:43PM--- Yo I think Taylor threw shade at Kanye with this song...dressed like little house on the fucking prairie
9:46PM--- #dead at this --->RT @DJBabeyDrew: All we need is for Kanye to Jump out on Taylor swifts performance with Blue Ivy and do his rendition of the Lion King!

9:58PM--- the following things have been said about Katy Perry on my timeline "she has that golden camel toe" and "she looks like a magnum condom" #DEAD. Those lyrics are real though "this is the part of me that you never ever gonna take away from me"...ladies there should always be an inaccessable part of you that a man can never have. My mom told me that...she's been married 41 years in a happy marriage...must be true

10:09PM--- Adele is giving me EVERYTHING!!! Sounding JUST like the CD even after vocal chord surgery??? You better run that girl!!!

So I feel asleep because this Grammy's was so freaking boring. However I did catch the only other note worthy performances via videos. All the most noteworthy performances are below. In addition I am DEAD at how people are going in on Oliva from Love and Hip Hop on twitter making a trending topic #OliviaOutsideTheGrammys.....bahahahahahahah

She did great...people were expecting her to sound like Whitney but NO ONE can sound like Whitney singing that song period.point.blank. Sorry folks but just about every artist in that building outside of Adele, Jennifer Hudson, and maybe Alicia Keys can not even begin to sing a tribute because their vocals are not what's up. 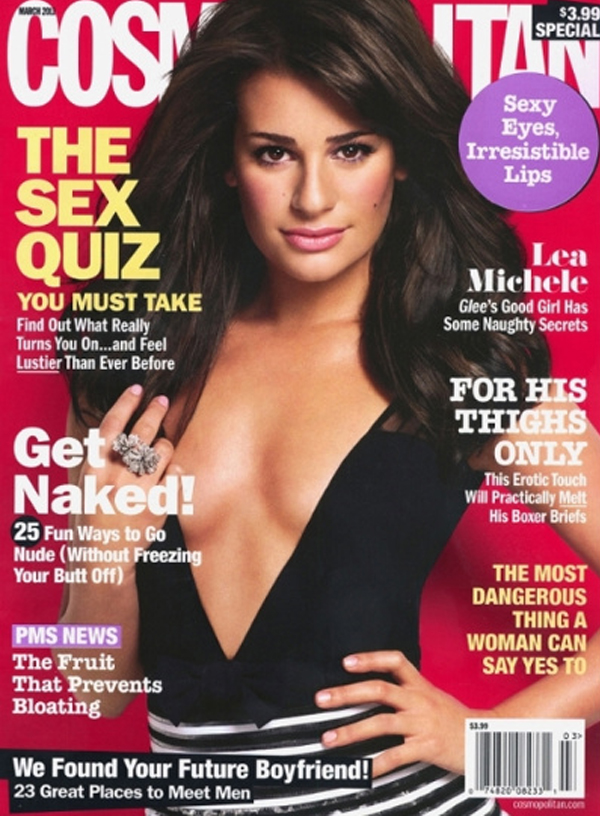 While standing in the checkout line at my local grocery store, my eyes were met with the enticing colors on the cover of various magazine's Valentine's day issue. All the reds, purples, and pinks drew me in. So while I waited, I picked up a Cosmopolitan magazine. As I flipped through the pages I realized this magazine was pretty much...well...fraud. Here's why.
1. It's The Same Magazine:
They are all the same articles that are in EVERY issue, they just rename them so everyone thinks they are different. How has no one else figured this out? There is always a "how to" sex article that usually features some renamed karma-sutra-like sex positions to try and some other lame article like "How to Know What He's Thinking." If you think you can find the key to the secrets of your man's thoughts through a generic magazine quiz than there is no help for you with the concept of life bitch.
2. The Advice Is Horrible/Desperate:
Any magazine that encourages you to give too much of yourself too soon at the beginning of a dating situation has you out in these streets fucked up. The advice in that magazine stops short of cooking a 3 course meal for a man you have dated for 3 weeks (which by the way, is NOT a smart move). Advice like that means in a 2 months he will be expecting you to go out and hunt down a game hen then go scuba diving for a lobster so that you can serve him up hand caught surf and turf. I also really liked the "How to Talk Dirty" article...come on son! If you don't know how to say a few sexy things while having sex, a robotic generic list of things to say is NOT the way to go. "How to Snag Your Office Crush"...because dating a man in your office is a GREAT idea, yep mix personal with business and expect that no one in your office will ever know your personal business. Bad advice like this among other things is riddled all through the magazine. It's in the question and answer section and is handed out to the unsuspecting reader like freaking parade candy.
3. Other Annoying Tidbits in the Magazine: The following are standard sections I swear.
A. Sex Tips From Guys: So a bunch of men YOU DON'T DATE tell you all the things they want you to do in bed to them. Sounds helpful huh?
B. Sex, Sex, Sex, Sex: Because sex is the only thing you can offer in a relationship and it's the only way to intrigue and keep a man according to Cosmo. That's the whole focus of the magazine. Being sexually desirable to men and being great in the bedroom. If you need a magazine spewing out this much sex advice to you then chances are you probably need it...because you suck in bed...
C. Dumb as the Fuck Quizzes: "How to Tell if You are Adventurous."...bitch...don't you know if you are adventurous or not?!?!? I mean you are probably at least 2o something reading this thing so you should know the basics about yourself by now right?????
Bottomline is we as women need to stop using all these books and magazines as a black and white guide to life. Sure some of the things we read are good ideas, points, or things to try, but don't let any book or magazine turn you into a sheep.
Read more
Posted by T$ at 8:29 PM 1 comments