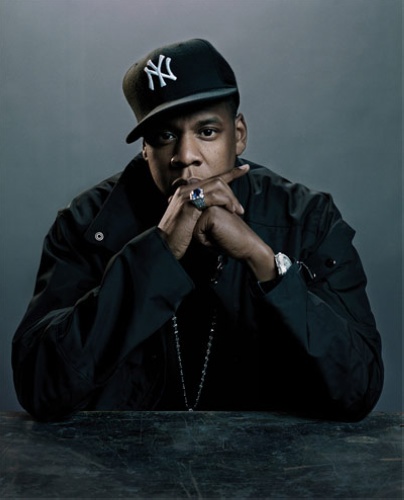 The hip-hop and rap community is always getting critiqued. Critiqued for violent content, for lack of content, and lastly, critiqued because of it's role in objectifying and degrading women. In light of the birth of Blue Ivy, Jay-Z, an undisputed major league figure in hip hop, announced he would no longer be using the word "bitch."
I'm just like everyone else...I often times get crunk in the car to ignorant rap songs that objectify women, and while this could be viewed as support of such behavior, I still applaud any small steps towards the hip-hop community taking responsibility for it's role in reinforcing the stereotype that black women are worthless hoes to be used for sex only and attempting to correct this. (I won't go into how I feel the women who contribute in these videos etc are responsible to, bc that's a different post).
Jay-Z...WTF?
So marrying Beyonce's ass wasn't enough to make you stop wanting to use the word bitch? BITCH PLEASE!
Seriously...it goes to show you how narcassitic celebrities can be. For years Jay-Z has been calling other people's mothers, daughters, nieces, cousins, and sisters bitches, degrading them in music, and all of the sudden he has a daughter and he wants himself and the world to adhere to new rules because his child has a vagina? That's like one of these "fix a flat" fake doctors who go around putting fake asses on women turning their nose up on other "fix a flat" fake doctors and wanting to only go to a board certified doctor for their own plastic surgery.

It's all fun and games for these rappers, athletes, and other famous men to have half naked girls in their videos, call them bitches, gang bang them, make them baby mamas instead of wives, etc. until their daugthers hit about age 16. Yeah shit gets real when your daughter gets pretty, starts wearing makeup, grows a set of boobs, ass, thighs, and curves, and start having guys want to do the EXACT SAME THINGS to/with them.
They say having a girl is the "players curse." Not how true that is, but I can definitely see how it can make a man regret any woman he scorned. One of the guys I dated once said his father told him, "I'm so glad you are a boy, because instead of having to worry about 1,000,000 d*cks, I just have to worry about one."
Jay-Z may have preached he had "99 problems but a bitch ain't one," but when little Blue Ivy gets of age he has one daughter and 99 dicks could be 99 problems. *Kanye Shrug*
Posted by T$ at 9:24 PM