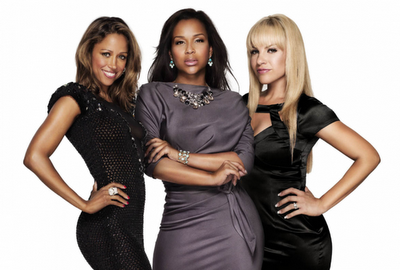 In this week's season finale of "Single Ladies," we watch Val face criticism from her friends for letting go of her "Mr. Everything" because he refuses to marry again or have more children which are two things that Val very much wants.

So it brings us to want to decipher the difference between settling and compromising:

1. Relationships Are About Compromise:

Every party must give and take in a relationship...but when the compromising is on one persons end how the hell is that both people giving and taking? For example, in "Single Ladies," Val would be compromising on the two things she wants the most, but Jerry would be doing what? Yeah compromising on nothing. Hell, she left her last man because he didn't want to get married and have kids with her so now because Jerry is fresh and new she should let her dreams die? We think not.

2. The "Compromise" Shouldn't Compromise You:

When the compromise is going against your moral fiber, the things you truly want in life, your lifetime goals and dreams then the compromise is too much, it is now settling. Period. Point. Blank. Especially if the other party is not willing to compromise to the extent of settling/compromising themselves.

3. When the "Compromise" is Degrading:

If you feel that the compromise is something you must talk yourself through every day, talk guarded about, or hide from your friends and family, then it's safe to say there is an 85% chance that you are settling. If the "compromise" has you feeling at a low point at times then you are definitely settling.

We are not here to encourage people to have laundry list of superficial things they need in a relationship and stick to their guns about it (like Chili) or they will end up single forever, but we are here to discourage people from letting go of all the things they want because a seemingly "perfect" situation has come their way. Everyone deserves love and that often comes with compromises, but not settling.