We just hated the blatantly lackadaisical attire many of the celebrities choose to wear. Can you put on a suit for one day? A cocktail dress? In addition some of them were playing games...see below: 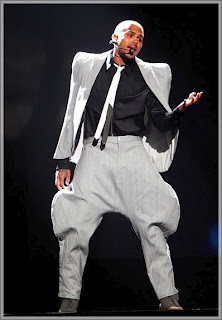 Chris Brown what the hell is going on? He is clearly channeling Amelia Earheart and Lady Gaga. Then he threw a trash bag on for every other performance. Ledisi...girl you know this shit doesn't fit right...all bagging in the crotch and what not. Mary J looks like a bondage genie in a bottle. Drawstring pony tails are a tragedy folks. Don't do it. GTFOH...she looks like she hopped off a pole at Magic City and threw on a suit jacket to make it classy....who is this by the way? 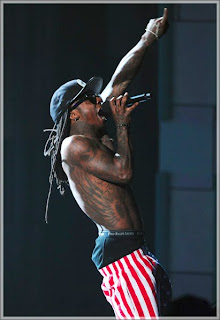 Lil' Wayne peformed in freaking swim trunks...and let's not talk about the fact he sat in the audience in a white beater.

Lloyd is so desperate for sex appeal with this shirtless bull shit...he reminds us of those girls who stand outside of VIP who gaze longingly in with a glass full of ice #thirstytobenoticed

Keri Hilson congrats on being the new face of Forever 21!

Alicia Keys hair looks as if she legit just got out of a limo where she was having wild sex with Swizz and had to get on the red carpet. Besides this look is too casual for an award show...maybe dinner.

Willow and Jaden...we know we are going to hell for this one because they are kids but what it tarnation? Shout out to how cute the Smith family is though and the fact their parents are breaded enough to buy them an award...they tied...how does that happen?

Wiz Khalifia and Amber Rose...once again why so casual? Amber Rose bought this jumpsuit at Skillz or 5.7.9. Ever since she got dumped by Kanye her fashion swagger is no longer on a hundred thousand trillion...it's in the negatives.

Nicki Minaj with her gimmick ass...clearly someone has told her to tone it down a bit...she's still a walking fashion faus paus.

Teirra Marie just jumped off a dick and made it in time for the red carpet...lingerie though? Really?
Posted by T$ at 1:14 PM