When "Playing Hard to Get" Isn't Playing 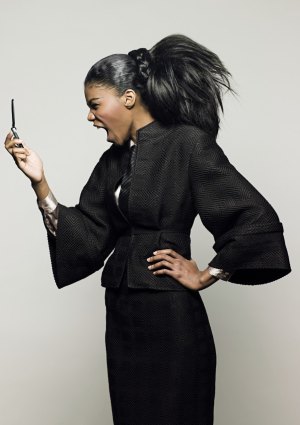 Quite awhile back, I did a post called "Signs She Doesn't Want You to Holla" and that is part 1 of this post. I'm not sure if some of you are dumb or deaf but there are MANY of you who don't know the difference between a woman playing "hard to get" and a woman just NOT playing with you when she is NOT interested. The thirst is real in these streets. So below are some signs that she isn't playing at all...she wish you'd catch amnesia and forget who she is and her number.
1. You Must Result to Stalker Behavior:
It's safe to assume that if you have to call a woman from a blocked number, your friends number, or blow up her phone 6 times in a row that she is NOT playing hard to get...she is NOT playing at all. She doesn't like you. You also shouldn't have to frequent places you know she is commonly at to run into her and get a chance to see her. Jumping out of the bushes so to speak is an act reserved for stalkers, rapist, and child molesters.
2. You Think 3rd Times a Charm:
A woman shouldn't have to tell you more than once that she is not trying to give you her number or spend time with you. No means no...just like it does with sex vs. rape. Dont' act like Herman Cain mkay?
3. Your Text, Calls, Emails, and Voicemails Never Get Answered:
So you called her twice...she never called back. It's not like she's Michelle Obama with a schedule so extensive she needs a personal assistant just to keep it together. It's not like she does not even have 5 minutes out of her busy day to call or text you back. No sir, her phone isn't broken and she hasn't had bad service for 24 hours 7 days a week....she just doesn't like you. Don't take this opportunity to shoot a text, followed by a facebook message, followed by an email, followed by a voicemail, followed by a voxer walkie talkie alert. Sorry...she's NOT playing.
4. She's Married:
No she didn't just marry that young man solely for tax and health care benefits and no, she doesn't still have a candle in the wind for you. She's moved on, she's planning a family, she's NOT playing...she's over it. Same goes for people in relationships, if she thought you were "the one" she wouldn't be with her current man now would she? OR she'd be more than willing to leave him for you.
I know all of the above may seem like common sense...but sadly through experience and conversations I've had with friends over wine...it's COMMONLY not understood by you guys out there. Thirst is not sexy kids.
Posted by T$ at 3:22 PM